Subaru cars are known for their use of a boxer engine layout in most vehicles above 1500 cc. Most Subaru models have used the Symmetrical All Wheel Drive drive-train layout since 1972. The flat/boxer engine and all-wheel-drive became standard equipment for mid-size and smaller cars in most international markets by 1996, and is now standard in most North American market Subaru vehicles. The lone exception is the BRZ, introduced in 2012, which uses the boxer engine but instead uses a rear-wheel-drive structure. Subaru also offers turbocharged versions of their passenger cars, such as the Impreza WRX and the Legacy 2.5GT. The 2.0XT trim of the Forester also includes a turbocharged engine.

In Western markets, the Subaru brand has traditionally been popular among a dedicated core of buyers. Marketing is targeted towards specific niches centered on those who desire the company's signature drive train engine, all-wheel/rough-road capabilities or affordable sports car markets.

Subaru is the Japanese name for the Pleiades star cluster M45, or "The Seven Sisters" (one of whom tradition says is invisible – hence only six stars in the Subaru logo), which in turn inspires the logo and alludes to the companies that merged to create FHI. 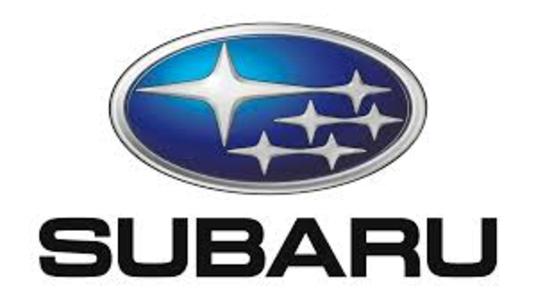